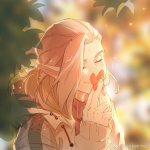 Heyo! I go by Shark or Wiki usually or Faith which is part of my real name. Still, you can also call me Outspaced or J. I got into The Shadowhunter Chronicles early last year since I wasn't allowed to read them as a kid because I was very nightmare-prone. I don't think I'll make a very good Shadowhunter because I'm sensitive to noise and visual stimuli. Also, I usually have the reaction time of someone who has just woken up. Still, I think I would be able to help a lot in the non-combat aspects.

I'm autistic so I'm a bit slow to get jokes sometimes and I'm bad at reading social cues so please be patient with me! I'm never trying to be rude but the words might come out wrongly and lead to misunderstandings. I tend to be quite factual in my word choice when talking about theories and such but everyone is entitled to their own opinion until it disrespects someone's existence so I'm not necessarily arguing with you, just trying to input my thoughts. I'm also very literal-minded and may not understand what you're trying to say unless you're being direct about it. Usually, I am able to guess but I would rather not do that as it can lead to miscommunication. I also hope that I can contribute to this wiki since I have an eye for detail but everything already seems so comprehensive that I'm intimidated. I'm open to long conversations and far-fetched theories so talk to me if you want.

Note that I'm signed in to my account of my laptop, my phone, a trusted friend's laptop (but usually signed out), and occasionally on an incognito tab on the school computers, resulting in several IP addresses associated with this. If there are any trolls from the same IP address but not my account, it is definitely not me and merely because other people have access to the school computers too. To give you a rough gauge of when I'm online, my timezone is GMT +8 and I'm in school for most of the day.

Other stories are missing their plots but, as of now, these are the ones that I wish to tackle as the stories are either short or I own the physical book. Add and clean up the plots of these stories, in approximate order of ease:

Add or edit personalities for the following characters, in no particular order:

Generally, A's a pink/red, C's are yellow and E's are green. J's are blue/green and T's are grey. These are the colors I associate with characters!

Retrieved from "https://shadowhunters.fandom.com/wiki/User:Outspacxd?oldid=155946"
Community content is available under CC-BY-SA unless otherwise noted.