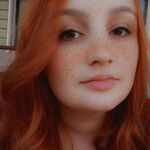 aka CJ or Crystal

no human children but I do have:

Hey I'm CJ. I am a long time fan of the books but I only found out about this site around 2 years ago. I really enjoy the community here and all the people in this fandom. It's been nice to be able to talk with people who love the same characters, ships, and world I love, as well as in general have supportive conversations with all the amazing people here. As most know, I always enjoy a good debate—I really appreciate for the further insight into opposing views. I'm really enjoying being a contributor to this wiki and to kind of give back to my shadowfam in a way. I hope to continue to do so and help improve the way we do things in chats as well.

If you ever need any help in editing, or in general have any questions, feel free to post on my message wall or message me on discord (linked above). I'm always happy to help! 😊

The basis of this section is just if you have any questions or need some help, feel free to ask. I have often said I am a walking plethora of useless knowledge. A lot of that is on TSC. I by-no-means know everything, but I do know a decent amount and would be glad to help out.

I also have all the extra content that has ever been made. Some of them can't go on to the wiki yet as Cassie hasn't shared them herself to make them non-exclusive. But nevertheless, I have them and am more than willing to share them over email. So if there's an extra you've heard of but isn't on the wiki, post on my message board or message me over my discord at the top.

I've posted some of my theories on the discussions page in the past but I think this is a better place for them as they won't get lost. Since I will be giving descriptions and reasonings behind each theory I have placed a spoiler warning and highly recommend not reading these if you haven't read everything yet!

If you really like any of my theories and would like to simply say so or discuss them; post on my message wall or message me over discord as I have a link to my discord at the top. I'd love to hear feedback and opinions. Also if you want to add one of mine to your theory page, please give credit. Thanks. Anyway enjoy!

P.S. I add and update this a lot so if you enjoy my theories check back often.