The Course of True Love (And First Dates)

The Course of True Love

The Course of True Love (and First Dates) is the tenth released short story in The Bane Chronicles.

Magnus Bane and Alec Lightwood might fall in love—but first they have a first date.

When Magnus Bane, warlock, meets Alec Lightwood, Shadowhunter, sparks fly. And what happens on their first date lights a flame...

On the day of Magnus' first date with Alec, Magnus is contemplating the outcome of their date, remembering how he had been asked out by the closeted Shadowhunter just three days before. Thinking that Alec was not truly interested in him and considering the possibility that the date would not go perfectly, he calls Catarina, devising a plan to alert her if the date went badly that would prompt her to call him with a fake emergency and an excuse to leave. Also in preparation, Magnus made reservations at a Downworlder restaurant, fairly certain Alec would not appreciate a place where others of his kind could see them together.

Half an hour after Alec was supposed to meet with him, Magnus assumes that he had been stood up. Alec arrives shortly after, however, frantic and winded, having come from training with his parabatai, Jace, whom Magnus knew Alec was infatuated with. To ease the tension, Magnus offers Alec a glass of wine, only to have it spilled by the nervous Shadowhunter. Magnus then leaves to fetch Alec a shirt, the most ordinary he could find, which the shirt he was wearing when Alec asked him out days before—a black shirt with the sequined words "blink if you want me" on it, and returns to see a shirtless Alec in his living room.

After Alec is dressed, the pair leave and board the F train. Alec is having a hard time faring without his glamour rune hiding him from the mundanes. Both still feeling rather awkward and shy, Alec and Magnus restrain themselves, not laughing when a couple of subway performers come aboard the train to sing the "Butt Song". Once off the train, a mugger tries to steal Magnus' wallet, only to be attacked in turn by Alec. Just then, a woman working at a talent agency offers Alec a shot at a career. The mugger also returns Magnus his wallet, one that bites, and apologizes for disrupting their first date. Having gathered spectators who wish them luck on their date, they leave the platform.

At the restaurant, an Ethiopian and Italian fusion run by Luigi and frequented by Downworlders, the Downworlders do not take lightly to the idea of a Shadowhunter dining with them. Even their server, Erik, is anxious around Alec and serves him extra spicy food in retaliation. To make things worse, Richard, a mundane adopt by faeries, who also happened to have been one of Magnus' latest conquests, arrives and disrupts their date. He tells Alec that Magnus will break his heart.

Realizing that the date was going as bad as he thought it would, Magnus texted Catarina. When she calls to tell him of a real emergency, Magnus is surprised but asks Alec to help him, the latter also surprised that the call from Catarina was not a ploy.

Apparently, a young werewolf, wanting to prove that she can have a normal life, went out on a full moon and had Changed in a public place. Rushing over to the Beauty Bar, they see mundanes panicking about a "monster". Inside the bar, they see several mundanes frozen in horror, as well as one bloodied mundane, Adrienne, who asks them not to hurt her werewolf friend Marcy, taking the blame for convincing her to go out on a full moon. Taking into consideration Adrienne's request, Alec held himself back to not harm the girl, all the while trying to protect Magnus, both of which surprised and pleased Magnus.

When they were able to draw out the human out of the werewolf girl, they watch as Marcy reunites with Adrienne, the two girls of different kinds turning out to be a couple. Alec and Magnus also promise not to tell anyone of what conspired that evening, not even the Clave. Seeing Adrienne enter, the civilians outside soon follow in suit, piling back into the bar. Alec and Magnus are thought to be dogcatchers, and they do not deny this and leave.

The pair walk back to Magnus' apartment for a drink. Along the way, Alec admits that he had been nervous the whole evening and apologizes for being a horrible date, adding that Magnus was "glamorous." Pleased, yet also wanting to explain himself to Alec, Magnus merely breaks the tension by saying that he also found the Butt Song hilarious, and both became slightly more at ease with each other.

Just outside Magnus' apartment, Alec initiates a kiss with Magnus, doing what Magnus had done when they shared their first kiss days before. Magnus realizes that he would have regretted leaving Alec and was thankful to have gotten to know him. After a while, the two proceed into Magnus' apartment. Realizing that things may be moving too fast too soon, Magnus stops himself. When Magnus gives Alec an out, though reluctant, Alec agrees that he should go home. They share another kiss, meant to be quick, before Alec breaks away and asks to see Magnus again the following Friday night. Magnus thinks of his previous heartbreaks but agrees nonetheless, hopeful that Alec would not break his heart. 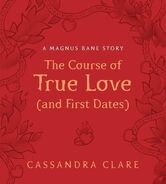 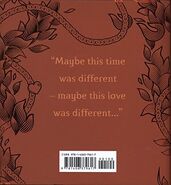 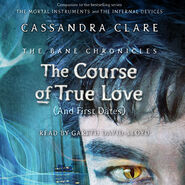