Start a Wiki
Other version

This article is about the nightclub. You may be looking for the organization or the demon city. 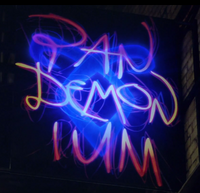 The Pandemonium Club is an all-ages nightclub in New York. It was a place where Downworlders and mundanes mingled. Shadowhunters also came to catch demons that sneak their way into the club. Jocelyn had told Clary that she never wanted her to go there because Shadowhunters often went there to catch demons. As it happened, this was where Clary met Jace, Isabelle, and Alec Lightwood for the first time, and, according to Simon, is the place that changed her.[1]

Aside from the name, it is not directly related or connected to the similarly-named organization.[2]

Retrieved from "https://shadowhunters.fandom.com/wiki/Pandemonium_Club_(nightclub)?oldid=153694"
Community content is available under CC-BY-SA unless otherwise noted.