The Shadowhunters' Wiki
Register
Don't have an account?
Sign In
Advertisement
in: Companion books, The Infernal Devices books
English

Clockwork Prince: Manga is the second installment of the manga adaptations of The Infernal Devices. It was released on September 3, 2013.

A prequel to Cassandra Clare's The Mortal Instruments series, the second installment of The Infernal Devices follows Tessa and her two dashing Shadowhunter companions, Will and Jem, as they travel throughout England seeking the full truth behind the Magister's sinister plot. Tessa feels herself growing closer to Jem, but Will continues to infuriate her-moody and aloof, she can't tell what he feels for her... or quite what she feels for him.

Tessa Gray has found friends among the Shadowhunters, supernatural protectors of mankind who possess angelic blood. But Tessa's new life is threatened when some members of the Clave challenge Charlotte's leadership and pressure her to resign as head of the London Institute. If Charlotte is forced out, Tessa will be forced to leave as well due to her warlock blood, making her easy prey for the still-at-large Magister. As Tessa and her handsome Shadowhunter escorts, Will and Jem, journey far and wide to unravel the Magister's secrets, they quickly learn that they have no secrets from the vengeful Magister... and nowhere is safe... 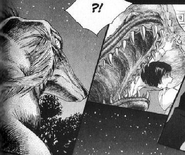 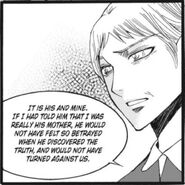