Classics Reimagined in the World of the Shadowhunters is an illustrated, collaborative project by Cassandra Clare and Cassandra Jean that involves pairing characters of Shadowhunters to retell classic fairy tales through illustrations.[1] A promo for the book was initially released bundled with pre-orders of Queen of Air and Darkness and was meant to be available for order on TopatoCo in 2019.[2]

A version of it titled "All The Stories Are True" is being sold on HebelDesign with a release date in mid-August.[3] 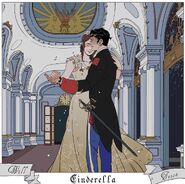 "The young shape-shifter could tell that the handsome prince was hiding something. She knew better than anyone, the stories we tell about ourselves aren't always true!" 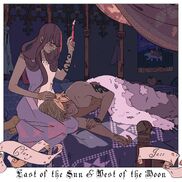 "The young heroine refused to give up hope—she would ride the very wind to rescue her love from imprisonment." 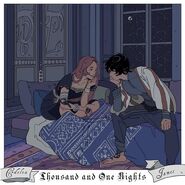 "The wise storyteller knew that she had to keep the tale fascinating. She couldn't let the king's attention wonder for even a minute." 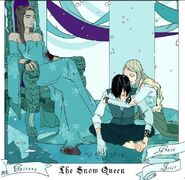 "The ice of the Snow Queen had pierced the hearts and minds of the children she kept by her side. One wondered if they might ever be able to thaw..." 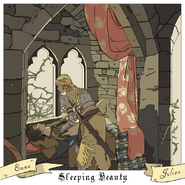 "The brave knight cut her way through the deadly thorns. She had to break the curse that had fallen upon her dearest love, who slumbered on the other side..." 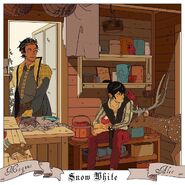 "The exiled prince was having a nice chat with the woodland creatures, when a handsome sorcerer stopped by to warn him about the dangers of apples..." 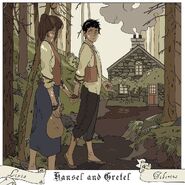 "The children might have lost their way, but no matter whom the matched wits with, they were able to save each other." 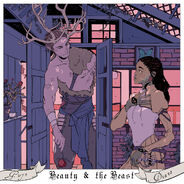 "The Beast was fierce in aspect, but Beauty was no fool. She could tell that his spirit was gentle and kind." 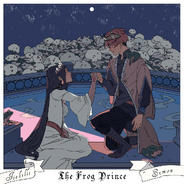 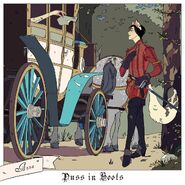 "Many seek the advice of the wise Mistress Cat, and many are the tokens of affection showered upon her!" 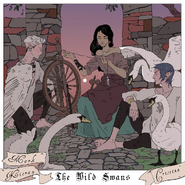 "Through bravery and discipline, the princess wove the nettles into garments, saving the princes she adored!" 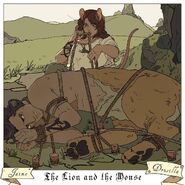 "The brave warrior learned to never underestimate an unlikely ally, even a meek young Shadowhunter. There are many kinds of might, and sometimes what you need is stealth and sharp teeth..." 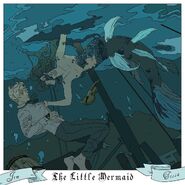 "The mermaid couldn't believe her good luck with this shipwreck...She'd always been partial to music." 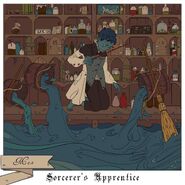 "The young apprentice thought he would make use of magic to quicken his tasks—but like apprentices, magic doesn't always behave as planned..." 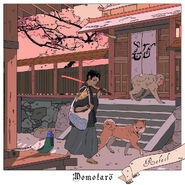 "The young Shadowhunter came from humble beginnings, but with friends by his side, demons were no match for him!" 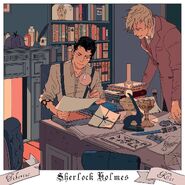 "The great detective knew that to solve mysteries, it would be useful to have a companion with skills that complemented his own..." 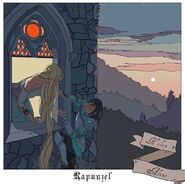 "The tower was tall and covered in briars but the brave warrior princess climbed it anyway, for love of the beautiful faerie maiden..." 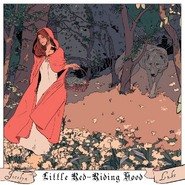 "The traveler had heard that there were dangerous wolves in this forest, but she felt no fear of this one..." 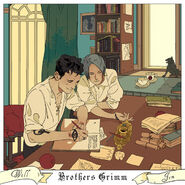 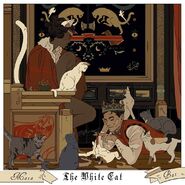 Add a photo to this gallery

Retrieved from "https://shadowhunters.fandom.com/wiki/Classics_Reimagined_in_the_World_of_the_Shadowhunters?oldid=166741"
Community content is available under CC-BY-SA unless otherwise noted.