City of Fallen Angels is the fourth novel in the The Mortal Instruments series written by Cassandra Clare.

The Mortal War is over, and Clary Fray is back home in New York, excited about all the possibilities before her. She's training to become a Shadowhunter and to use her unique power. Her mother is getting married to the love of her life. Downworlders and Shadowhunters are at peace at last. And—most important of all—Clary can finally call Jace her boyfriend.

But nothing comes without a price.

Someone is murdering the Shadowhunters who used to be in Valentine's Circle, provoking tensions between Downworlders and Shadowhunters that could lead to a second bloody war. Clary's best friend, Simon, can't help her. His mother just found out that he's a vampire and now he's homeless. Everywhere he turns, someone wants him on their side—along with the power of the curse that's wrecking his life. And they're willing to do anything to get what they want. At the same time he's dating two beautiful, dangerous girls—neither of whom knows about the other.

When Jace begins to pull away from Clary without explaining why, she is forced to delve into the heart of a mystery whose solution reveals her worst nightmare: She herself has set in motion a terrible chain of events that could lead to her losing everything she loves. Even Jace.

Love. Blood. Betrayal. Revenge. The stakes are higher than ever in City of Fallen Angels.

Simon Lewis receives an offer from a vampire named Camille Belcourt who claims to have been usurped by Raphael Santiago. She says that if Simon joins her side as the Daylighter, then he will finally earn his place in the vampire society. After his meeting, he returns home worried about what his mother would think as she has been suspicious since he went to Idris in City of Glass and did not return for a few days. Although Magnus Bane erased memories of his absence, she was still subconsciously suspicious about his whereabouts. As Simon tries to adjust to life as a vampire, he is attacked a couple of times and each time the Mark of Cain curse works and the attackers are killed or flee in terror. Anyone who tries to attack him quickly meets with a biblical "sevenfold" death. After coming home after such an attack, his mother confronts him about the blood she has found hidden in his closet and he is forced to tell her what he has become. She believes that he is no longer her son and begins to pray. Desperate, he tells her that it's a bad dream and she, surprisingly, believes him, with the help of his persuasion powers as a vampire. Knowing that he can't go back to his mother's house, he moves in with his band's new member, Jordan Kyle. When Jace comes to Simon's apartment, he meets Kyle, and realizes that Kyle is, in fact, a werewolf.

Meanwhile, Jace has been having dreams in which he murders Clary by stabbing her or choking her which has led to stress between the two of them, leading Jace to avoid her. This of course, leads Clary to worry what is going on between them. Clary and her mother also discover that someone is trying to make more children like Jonathan, which again Jocelyn has trouble coming to terms with. At one of Simon's band's "concerts", Simon runs off stage ill from lack of blood consumption. Maureen, a fourteen-year-old and the band's only fan, follows Simon and asks for his picture. Halfway through taking it, Simon bites her and drinks her blood, and is thankfully interrupted by Kyle. At the concert, after the incident with Maureen, Simon is confronted by Maia and Isabelle. They are furious at him, as he never told either of them that he was dating both of them. Halfway through the argument, Kyle shows up. Before he can say anything, Maia recognizes him. It turns out that Jordan Kyle is actually Maia's ex-boyfriend who had turned her into a werewolf. She attacks him, only to be stopped by Simon and Isabelle. The day after that, they receive a message saying someone was holding Simon's girlfriend hostage and he should go save her. Calling up Clary, Isabelle, and Maia, Simon determines it's a joke, only to find that it was actually Maureen, who would always claim to be Simon's girlfriend at concerts, and had been kidnapped and killed when Simon did not show up to save her.

Clary then goes to the Church of Talto only to find herself fighting a Hydra demon and was later helped out by Isabelle. Jace and Clary have an intimate moment in one of the spare rooms in the Institute. On, the point of taking the step in their relationship, Jace injures Clary with a knife. Disturbed by his recent nightmares, Jace breaks down and admits that he's been having nightmares and that was the reason why he was avoiding Clary. Clary then offers to take him to the Silent City to get help from the Silent Brothers. There, the Silent Brothers explain that the nightmares Jace is having is due to his vulnerability to demonic influence, which occurred after Jace was resurrected by the Angel Raziel after Valentine had stabbed him. All Shadowhunters are subject to a ritual to protect them as infants. As Jace died, it was like he had been reborn without the protection. The Brothers want to perform the ritual again to give him the protection performed. Clary wants to stay with Jace, but the Silent Brothers say that she will be a distraction. Jace tells Clary that he will get better for her and Clary promises to see him very soon. Clary and Jace say their goodbyes and Clary leaves for the night. In his cell, Jace has a dream that he is back in Idris while realizing it's still a dream. Max appears to him and persuades him that the dreams are telling him that he is actually hurting Clary and his father (Stephen Herondale) is worried about him. He cuts his arms after Max convinces him that he will destroy the rotten part. With his blood, Max, who is actually the demon Lilith, draws a rune on his chest which allows him to be under Lilith's influence.

Jocelyn and Luke, now engaged, attend an engagement party organized by Luke's werewolf pack, in which Simon disappears. Clary also disappears after being kidnapped by Jace to which no one else knows about yet. He has lied to Clary about leaving the Silent Brothers early. Jace tells Clary about a rune that binds them to one another forever. Clary accepts and hands him her stele. He begins to draw a rune, but Clary finds out too late that this is not the rune he told her about as she begins to lose consciousness with Jace catching her and carrying her away. Simon is led away from the party by Maureen, now a vampire, and is taken to Lilith, who has been alive since the beginning of time. She turned up at one of Simon's band's concerts and introduced herself as a prompter called Satrina. She explains that she needs him to resurrect Sebastian from the dead. When he tells her that he cannot bring the dead back to life, she tells him that he had had that power ever since he became a Daylighter. In order to persuade him to resurrect Sebastian, she possesses Jace and orders him to kidnap Clary. Jace brings Clary to Lilith and she orders him to kill her if Simon does not resurrect Sebastian. Simon reluctantly bites him and drains some of his blood; being poisoned in the process due to Sebastian's demon blood.

Isabelle, Alec, Maia, and Jordan follow Simon using a business card they found in his wallet. When they get to the building, they check every floor until they find him. However, instead of finding Simon, they find the place that Lilith used as her nursery, with all the children dead. Every one of them had clawed hands and black eyes, like that one Clary and her mom saw at the hospital. The babies were the outcome of Lilith trying to make half-demon children like Sebastian. While going through the room, Isabelle notices someone in the corner and attacks that person, and it turns out to be a mother of one of the babies who then explains to them what happened.

Meanwhile, Clary tricks Jace by saying she does not wish to watch and he embraces her. She then grabs Jace's knife and cuts the rune that Lilith is using to possess him on his chest, causing Jace to be freed from Lilith's control. Jace tells Clary to run away, and believes that she did, but then Lilith reveals that Clary stayed and starts torturing her with a whip. Jace is upset and tells Lilith that he'll do what she wants if she lets Clary go, but Lilith wants and intends to torture Clary to madness. The third time that she goes to hit Clary, Simon kills Lilith by throwing himself between Lilith and Clary (The Mark of Cain). The Clave appears at the scene, and Isabelle tells them the story of what happened downstairs, while Jace is waiting for them upstairs. Jace and Clary share an intimate moment up on the roof. Jace is ashamed of his actions despite literally having no control over himself. Clary tells him that she loves him no matter what happens and the two share a kiss. She then goes down to the lobby to meet her mother, Luke, Simon, Maia, Alec, Magnus, and Isabelle, promising to come back in five minutes.

It concludes with Jace's rune healing, hearing Sebastian's voice in his head, and with Sebastian/Jonathan now in control of Jace, Jace is forced to finish the awakening ritual on Sebastian, who is now wholly and fully alive.

City of Fallen Angels - Previously on The Mortal Instruments
Previously.. 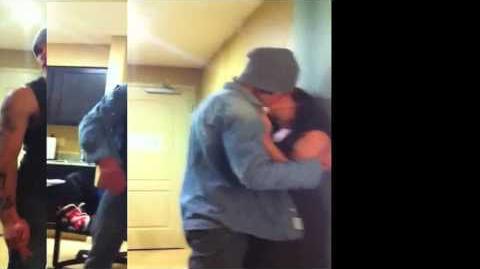 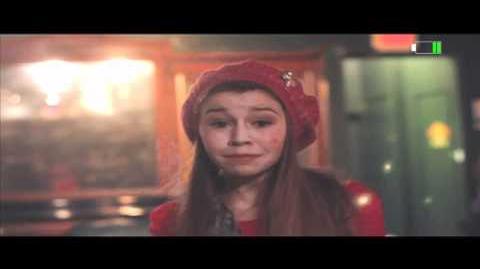 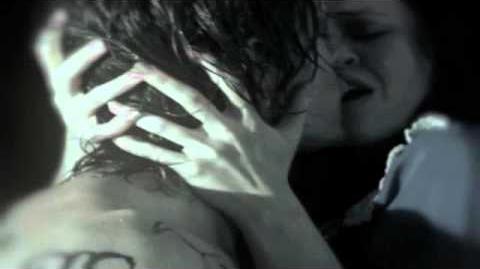 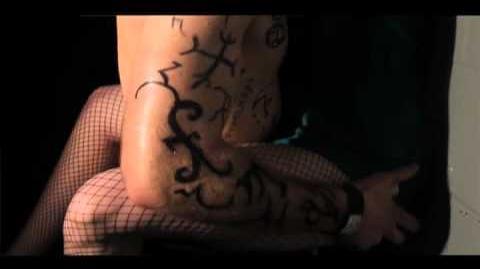 Retrieved from "https://shadowhunters.fandom.com/wiki/City_of_Fallen_Angels?oldid=152741"
Community content is available under CC-BY-SA unless otherwise noted.