City of Bones is the first novel in The Mortal Instruments series written by Cassandra Clare.

When Clary Fray heads out to the Pandemonium Club in New York City, she hardly expects to witness a murder. Much less a murder committed by three teenagers covered with odd markings. This is Clary's first meeting with the Shadowhunters, warriors dedicated to ridding the earth of demons — and keeping the odd werewolves and vampires in line. It's also her first meeting with gorgeous, golden-haired Jace. Within twenty-four hours, Clary is pulled into Jace's world with a vengeance, when her mother disappears and Clary herself is attacked by a demon. But why would demons be interested in an ordinary mundane like Clary? And how did she suddenly get the Sight? The Shadowhunters would like to know...

Portraits by Cassandra Jean, included in the 10th Anniv. edition

Signature page of the NY Institute from the LitJoy Special Edition 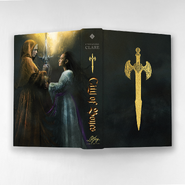 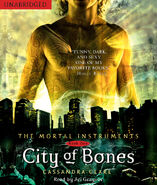 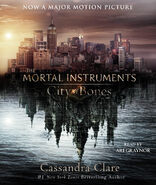 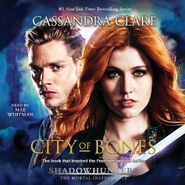 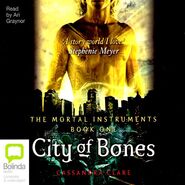 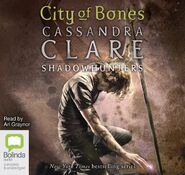 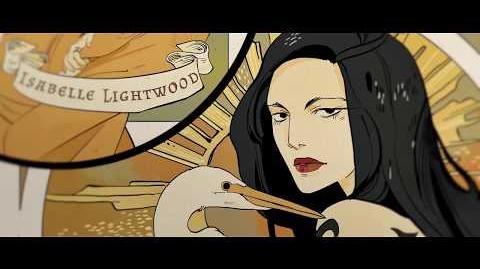 The film adaptation of the book, The Mortal Instruments: City of Bones, was released on August 21, 2013. Lily Collins and Jamie Campbell Bower starred as Clary Fray and Jace Wayland, respectively, and the film was directed by Harald Zwart. The film was set to be the first of at least a trilogy; the poor reception, however, led to the cancellation of future plans and the eventual reboot into a TV series.